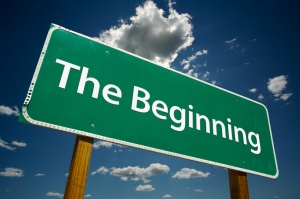 Today, I’m going to be answering another long-overdue special request. A few weeks ago, someone asked me “how do you know which ideas to pick, when you’re starting a project?” It took me a while to put it in a blog post, because this process, to me, isn’t really one that I put much thought into; every author has at least one or two processes that are done organically, and to me, this is one of them: I just know which ones fit and which ones don’t.

I am fully aware that this isn’t very helpful at all. Fortunately, this very subject is one of my first lessons in the creative writing class I teach, so I should have a few useful pointers.

Most often, stories don’t begin with just one idea; they are formed from a cornucopia of ideas which, if this happens organically for you, eventually coalesce into a whole, or if this is a process you need to work on, you must choose from and painstakingly put together. These many ideas are at the root of all your characters, settings, main plot, subplots, etc. You actually need several idea seeds to be able to fully develop all these different elements.

So how do you pick which ideas to keep and which to toss (or keep for another project; never toss anything)?

You decide all this in the pre-writing phase, when you decide who and what your story will be about. It’s more complicated, and at the same time more simple, than you think.

It’s done in three parts (I teach it with more parts, but for the sake of simplicity and clarity, these three parts are really what it boils down to): premise, casting, and story.

I’m going to explain the last two first, because the focus of this post is really the first (also I do try to keep my posts under 1000 words so they’re not too painful to read!).

The story, at this stage, is the basic knowledge of the “who, what, where, when, why”. I’m not going to spend a lot of time explaining this, because this article from The Writer covers it very well, so I suggest you read it!

When I talk about casting, I mean the number of characters you put in your story, and the importance of the place you give each one. This warrants a whole post in and of itself, so I’m going to save that for later this week.

That leaves us with the premise. You probably heard this term being described as a very short description of your story, such as in the article I mentioned above. There is, however, another meaning which is the one I use. The premise is the very essence of what your story is about; it is what you are trying to say with this story. Some could call it the message of your story, but I don’t like to use that term, because it brings back bad memories of cautionary tales I heard as a child which, while the message was very clear, didn’t always seem very plausible to me. This demonstrates a very important reality: the message should not be considered more important than the story.

Why even talk about it, then? Because each story has a message. No matter what story you’re writing, you’re always expressing some kind of opinion on something, and you always take a stand on the issues you’re presenting in your fiction, whether you do it intentionally or not, so you might as well know what you’re saying.

So what is the premise like in a fiction story? I think this article by the Writer’s Digest does a pretty stellar job of explaining it. If you were a lawyer, the premise would be your case, and the story the argument. To look at the premise of a few very famous stories:

– The Wizard of Oz: “There’s no place like home”

– Peter Pan: Childhood is magical, but there are some things you need to grow up to experiment

– Beauty and the Beast: you shouldn’t judge people by their appearance

– The Little Mermaid (original story, NOT Disney’s version): Don’t change yourself for some stranger who doesn’t even know your name

Now at this point, you might think this whole post started somewhere, and ended up somewhere else entirely, but I assure you that this is not the case. Knowing your premise is essential to picking which ideas work and which don’t; you should pick the ones that help support your premise and make your story cohesive.

Hope that helps. I’ll be adding the post about casting in the next few days.